Home > Articles > Switchvox in Review: What the Best Value in UC Has to Offer

Switchvox in Review: What the Best Value in UC Has to Offer 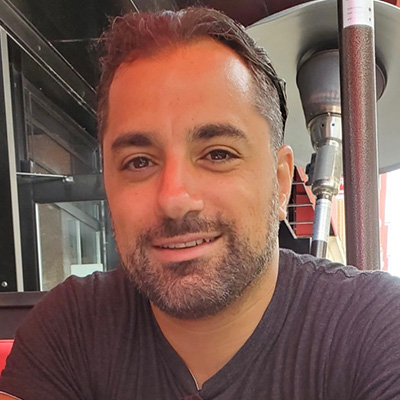 In today’s saturated market of business phone system solutions, it is not easy to decide which one is the right choice for your business needs. Some vendors offer too many features, leaving their product difficult to configure, and others don’t offer enough features that may be fundamental to your deployment type. With the shift of Unified Communications (UC) systems from being on-premise to now predominantly cloud-based, it’s a good time to review what Switchvox has to offer you!

Switchvox is designed for purpose-built deployment types. Its web-based admin GUI was created with a simplistic design, providing customers with easy setup of the system. This approach is very intuitive and allows most customers to quickly set up their solution without the overwhelming configuration options like other vendors.

People often say how easy Switchvox is to deploy and configure. For example, Judie Powell of Network Services and Support says, “I love that I can quickly add and edit users for our Switchvox phone system. And I can easily customize my Switchboard to quickly manage calls.”

Plus, pairing Switchvox with Sangoma’s IP phones is a plug-and-play experience. Whether you are deploying Switchvox on-premise or Switchvox Cloud, D-series phones can be set up by simply plugging them into the network and having all the configurations automatically pushed down from the phone system.

Switchvox has one of the most intuitive and feature-rich visual call control tools on the market, called Switchboard. It is an all-in-one dashboard accessible from anywhere, providing end users with call activity info and call center features, such as a wallboard for call statistics, call parking, presence, and more. It is customizable since it’s all based on widgets, so every user can display whichever features they need for their work environment. Front end staff love using Switchboard and it is also great for support departments to display queue and call statistics for service levels agreement (SLA) metrics. All Switchboard features are included with Switchvox, so you don’t need to worry about licensing costs as you do with other vendors.

PBX vendors have various ways they offer collaboration experience (as well as ways to charge a fee for these features). But nothing beats video chat and screen-sharing, which is exactly what is built into Switchvox free-of-charge. These features are perfect for collaborating with staff and colleagues and improve employee relationships. Not only that, Switchvox allows you to do this with your customers too! Simply share a link with your customer and you can screen share or live video chat with them to help with their questions.

Sangoma invests a lot of time and effort on documentation to help you get the most out of Switchvox. Sangoma training videos are available directly from our website and cover everything from product overviews to admin and end user training. We offer you hours of content to help you become a Switchvox Pro.

Other things to know about Switchvox

Mobility/Device Switching: With Switchvox, you can start a phone call on your mobile device with the Switchvox Softphone mobile app and move it to your desk phone or vice versa, giving you the freedom to communicate wherever you are. This comes in handy when you are talking on the phone before arriving at the office, then upon arrival, you can seamlessly move the conversation to your office phone without the caller knowing.

D80 touchscreen phone: The D80 is the most cost-effective, fully touchscreen IP phone on the market. It is designed for Switchvox and is very intuitive. You will wonder why you were working on such a small display with your previous IP phone!

Switchvox has long been considered the best value in UC. Visit our Demo Center to see how it can benefit your business.

Or, if you already have Switchvox and want to learn more, check out our free training.

At Your Service: An “As-a-Service” Guide to Sangoma’s Portfolio